Blog - Latest News
You are here: Home1 / Uncategorized2 / How a New Study Is Looking at Diabetes Drugs and Alzheimer’s 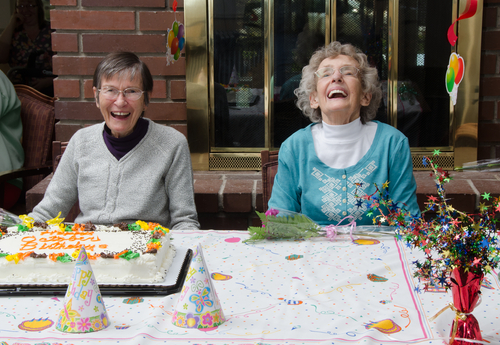 Many assisted living centers now have facilities for Alzheimer’s patients. These are centers that provide specialized care for elderly individuals who have memory-related issues. While looking after the health and welfare of such individuals is important, equally important is the medication they receive.

Recently, a new study found that patients who suffered from both Alzheimer’s and diabetes and who took anti-diabetes medication displayed few molecular markers of the neurological disease.

The results of the study seem to suggest that anti-diabetes medication can serve as a kind of protection against Alzheimer’s. This would be great news for faculty and patients in facilities for Alzheimer’s.

The Link Between Diabetes and Memory Issues

Many clinical trials for Alzheimer’s drugs have failed. They have been costly yet none were able to demonstrate that the neurological condition can be treated. However, approaching the disease in a different way seems to have provided positive results.

Diabetes is one of the risk factors for developing Alzheimer’s, specifically type 2 diabetes. Although that form of diabetes is quite different from Alzheimer’s, a connection can be formed between them.

Diabetes can be explained by the inability of insulin to manage blood sugar levels. However, insulin does more than that; it is also a growth factor, which neurons – brain cells – need, otherwise they die.

Several studies have unearthed a link between memory issues like Alzheimer’s and type 2 diabetes. Some have identified an insulin receptor pathway in the brain along with the accumulation of brain pathologies specific to Alzheimer’s.

A study previously done by the authors of the new study found that those who suffered from Alzheimer’s and were also treated for diabetes had reduced brain pathologies. So the new study, published in the journal PLOS ONE, dug deeper into the molecular level in order to identify the pathways that link diabetes and Alzheimer’s.

The research team, led by Professor Vahram Haroutunian, at the Icahn School of Medicine at Mount Sinai in New York City examined the brain tissue of those who suffered from both Alzheimer’s disease and diabetes. They compared the results to brain tissues of individuals who had Alzheimer’s but didn’t suffer from diabetes, as well as those who didn’t have either condition.

The researchers found that the markers for Alzheimer’s were fewer in the group that had both Alzheimer’s and diabetes. The results, according to Professor Haroutunian, provide new insights into the treatment of Alzheimer’s.

A lot of modern Alzheimer’s treatments tend to focus on the amyloid plaques but none have yielded successful results. The results of this research opens up opportunities to conduct clinical trials involving people who use similar drugs or use drugs that create the same effect on the biological pathways of the brain.

The study is good news for anyone who has a loved one living in assisted living facilities for Alzheimer’s care. While their everyday care and welfare is looked after, their situation may be further improved with proper medication. And studies like those conducted by Professor Haroutunian’s team is a step towards finding an effective treatment for the future.